Tyler Lewis joined Marine Surveys Canada in 2010 and continued to grow the company in Western Canada. Tyler was instrumental in the launch of the eastern office in 2011 and has been a leader in the development of a national presence.

Tyler brings excellent technical skills and youthful enthusiasm to our team. He is a dedicated marine surveyor and a graduate of the Chapman School of Seamanship in Florida and carries a certificate from the Northern Alberta Institute of Technology as a marine service technician. He is actively involved in continuing education programs through ABYC and other institutions and is currently certified in ABYC Electrical.

In addition, Tyler is an Associate Member of the International Institute of Marine Surveyors. 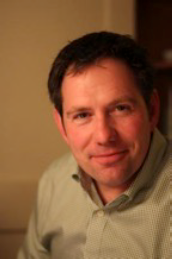 Tim Martin founded Marine Surveys Canada in 2004 in a bid to provide marine surveying and marine-­‐specific appraisal services that were largely non-­‐existent in Alberta at the time. The company rapidly became established as Alberta’s own marine survey and appraisal company. Tim subsequently relocated to Ontario, opening the eastern office of Marine Surveys Canada in 2011.

Tim has been actively working as a marine surveyor for 17 years, bringing technical and problem-­‐solving expertise to all levels of the Marine Surveys Canada operation. As a licensed marine technician, he provides know-­‐how and perspective on many of the common challenges with boat ownership. Tim has owned a marine dealership and managed marina service departments in eastern and western Canada. He also possesses some unique experience in labour relations, both in public and private industry, including unionized environments. Tim has been committed to ongoing education and holds ABYC Electrical and Corrosion Certifications.

Tim is a Surveyor Associate with the Society of Accredited Marine Surveyors.